He was then released on bail, but was re-arrested last week prompting Tsvangirai’s decision to pull out of the government, at least temporarily.

Tsvangirai said Bennett’s detention showed the “fiction of the credibility and integrity” of the unity government, and vowed to resume co-operation once issues such as disputes over key posts and a crackdown against his supporters are resolved.

The MDC, which holds 13 ministerial posts against the 15 held by Mugabe’s Zanu-PF party, has boycotted Tuesday’s weekly cabinet meeting.

Tsvangirai’s move has posed the biggest threat to the fragile political partnership since it was formed in February, and has prompted him to seek help from regional leaders to salvage the deal.

On Monday he left Zimbabwe for South Africa, at the start of a tour of neighbouring states to ask regional leaders to mediate a solution to the stand-off.

He is later expected to visit the Democratic Republic of Congo, whose president currently chairs the 15-nation Southern African Development Community (SADC) that brokered the unity pact.

“The prime minister … has left the country to brief regional leaders on his party’s decision to disengage from cabinet, but not from government,” James Maridadi, a spokesman for Tsvangirai, told AFP.

Mariadi said Tsvangirai “would use this opportunity to brief other leaders on the problems affecting the inclusive government”, adding that it was “entirely up to SADC to rescue the situation”.

The smaller MDC faction led by Arthur Mutambara, Tsvangirai’s deputy, has said its three ministers will continue to attend cabinet meetings, saying it believed a boycott would have a negative effect on the country.

Mutambara said he will meet Mugabe to discuss “this political crisis”, telling reporters that the action against Bennett was “baseless vindictiveness” by Mugabe and Zanu-PF.

Tsvangirai and long-time rival Mugabe set up the unity government after nearly a year of disputed polls which saw Mugabe handed the presidency after a one-man presidential run-off.

The fragile arrangement, which has put Zimbabwe back on track to stability and eased of ties with international donors, has faced numerous challenges amid calls for more reforms from Mugabe.

Joseph Kurebgwa, an analyst at the University of Zimbabwe, told the AFP the country was now “in a situation of paralysis”.

“It’s going to be a long-drawn-out crisis and I don’t think Zanu-PF would give into the MDC demands.” 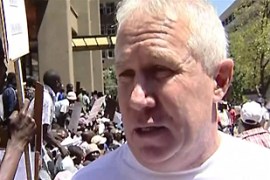 US: Keep pressure on Mugabe 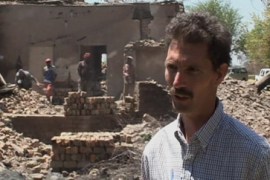 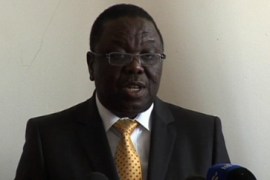 Zimbabwean PM to boycott cabinet meetings if his MDC is not treated as equal partner.