“There’s a thick heavy smell of smoke hanging in the air and every step we take have been punctuated by the sound of broken glass.

“The windows have been buckled, and the walls have fallen in … looking at the extent of the damage, I can understand why [the toll] may possibly rise.”

Students from around the world study at the university.

The latest bomb attacks come at a time when Pakistani troops are engaged in an offensive against suspected Taliban and al-Qaeda fighters in South Waziristan province.

Pakistan has witnessed a string of attacks this month, resulting in the deaths of more than 170 people.

Analysts say armed fighters opposed to the government are likely to step up attacks to avenge the offensive in South Waziristan. 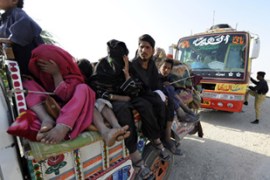 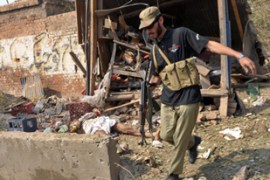 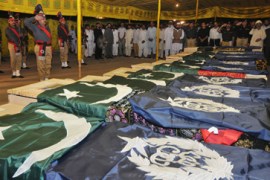 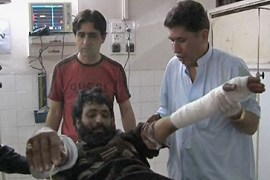