A ruling on the election had been expected on Saturday but Afghan officials said the two commissions looking into the allegations are deadlocked on what constitutes fraud.

Speaking on CBS talk show Face The Nation, Emanuel said it was important for the election outcome to be seen as credible, either through an election run-off held before winter begins in mid-November, or a negotiation between Karzai and his main rival, Abdullah Abdullah, the former foreign minister.

He said the overriding question is not “how many troops you send, but do you have a credible Afghan partner”.

“The most important [is to] get a government that is seen as legitimate to the people and has the credibility to be a partner in the effort to secure Afghanistan so it’s not a haven for al-Qaeda or other type of terrorists or international terrorist organisations.

“What would be worse is if the Afghan people thought that the course that was chosen was done by the determination of the United States,” he said.

A second round run-off vote would have to be held before winter kicks in, when heavy snows block mountain passes, putting off a vote until spring and leaving Afghanistan in political limbo for many more months while the Taliban gains strength.

The election deadlock is complicating a major US review of its policy in Afghanistan, with the number of troops set to reach 68,000 by the end of the year.

The US is mulling a request by General Stanley McChrystal, the top US and Nato ground commander, to commit an extra 40,000 troops in order to step up counter-insurgency operations.

Rahm Emanuel’s comments echo an earlier statement from weekend from John Kerry, the former presidential candidate and Democratic chairman of the Senate foreign relations committee, who said Obama should first wait for the election crisis to be resolved before committing more troops.

Speaking on a fact-finding mission to Afghanistan, Kerry, said he was “not yet convinced” about deploying additional troops to the increasingly bloody conflict, which has killed more than 400 coalition soldiers this year.

“It would be entirely irresponsible for [Obama] to commit more troops to this country, when we don’t even have an election finished and know who the president is and what kind of government we’re working with,” he said in an interview on CNN television.

In a separate interview with CBS, Kerry said there was a urgent need for reform from within the Afghan government to help US troops carry out their mission.

“I think this is a moment for President Karzai to frankly step up and help share with the world a better vision for how the government is going to deliver and be a full partner,” he said.

Kerry said Afghan officials had told him that an election run-off could be organised in two weeks.

Critics, including some Republicans in Congress, have criticised Obama for undertaking a lengthy review.

“At some point, deliberation begins to look more like indecisiveness, which then becomes a way of emboldening our enemies,” said John Cornyn, a Texas senator, adding that this was causing US allies “to question our resolve”. 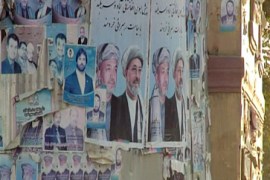 Diplomats and officials pile on the pressure to see Afghan election issue resolved. 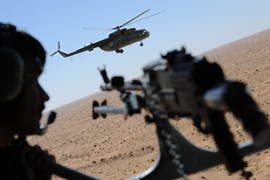