The senator had travelled to Afghanistan to meet General Stanley McChrystal, the chief US and Nato commander who has recommended a radical change in US strategy there.

Before Saturday’s comments, Kerry had said to to McChrystal’s recommendation: “I don’t know the answer to that question … I am very wary of it because of past experience and because of some of the challenges that I see.”

He said neither of the two extremes – a nationwide counterinsurgency and nation-building effort in Afghanistan nor “walking away from the place” – were do-able.

Hamid Karzai, the Afghan president,  has been plagued by uncertainty and questions of legitimacy after allegations of fraud in the August elections, whose preliminary results put him on top.

Speaking to CBS television, Kerry said he did not see how Obama “can make a decision about the committing of our additional forces, or even the further fulfillment of our mission that’s here today, without an adequate government in place or knowledge about what that government’s going to be”.

He said it was time for Karzai to “step up” and explain how they could be a viable partner in the US and Nato-led mission to rout out Taliban fighters and build a stable Afghanistan eight years into the war.

“The key in Afghanistan is we have got to figure out what is achievable, measured against the legitimate interests of the US, primary among which is al-Qaeda,” Kerry said.

“In Afghanistan itself we have to resolve the question of whether the Taliban are per se a threat to us.”

In talks last Wednesday between Barack Obama, the US president, and his top advisers on a new strategy for Afghanistan, some aides emphasised the main threat to US interests was al-Qaeda, not the Taliban.

The administration’s analysis of the threat posed by the Taliban could play a role in whether Obama accepts part or all of McChrystal’s request for extra troops, beyond the 68,000 he has already approved for this year. 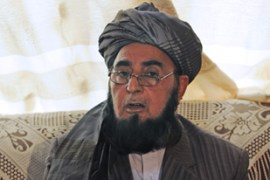 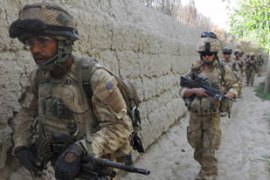 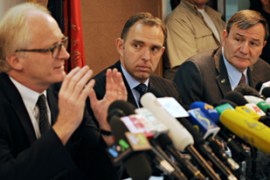