“This is not in the spirit of reconciliation.”

Hamdan also said Hamas would continue contact with the Egyptian mediation team, but had delayed the delegation as Omar Suleaiman, the head of Egyptian intelligence, was not in Cairo.

The agreement provides for the holding of presidential and parliamentary elections on June 28, 2010, and the reinstatement of 3,000 members of the former Fatah-led security apparatus in Gaza.

It would be implemented by a joint committee appointed by presidential decree and made up of members of Fatah, Hamas and other factions.

However, Hussam Zaki, a spokesman for the Egyptian foreign ministry, denied that the Egypt-backed deal included new items, but was drafted with “utmost objectivity and integrity”.

“The unity deal came out of agreements reached among all parties and upon everybody’s approval. The paper is proposed to be signed not negotiated or amended.

“As with our past experiences, we notice a move backward instead of an advance forward,” Zaki said.

Meanwhile, Mahmoud Abbas, the Palestinian president based in the occupied West Bank, said he would call for presidential and parliamentary elections on January 25.

Abbas’s presidential mandate ended on January 9, 2009, though he unilaterally extended his term until 2010. The Palestinian parliament’s mandate is also due to end in 2010. 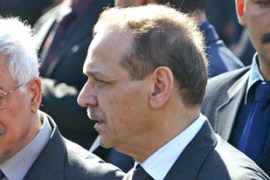