Abu Muaz, a protester, said: “This man is an enemy of Islam and of Muslims and the British government is well aware of this and this just gives rise to so-called extremism.”

The politician had planned to speak to the media on a green area outside the parliament, but was forced to hold it inside a parliamentary office on the advice of police.

He is in London at the invitation of Lord Malcolm Pearson, a member of Britain’s UK Independence party, to discuss showing Fitna in parliament.

The film urges Muslims to tear out “hate-filled” verses from the Quran.

Wilders, who has compared Islam to Nazism, faces prosecution in Amsterdam for inciting hatred and discrimination.

Speaking on Friday, he said: “I have nothing against Muslims, I know the majority of Muslims in our society are law-abiding people.

“I have a problem with the Islamic ideology, the Islamic culture because I believe that the more Islam we get in our free societies, the less freedom we will get.

“It is ridiculous that the UK government thought that my presence would in any way lead to violence.”

Britain’s Asylum and Immigration Tribunal overturned the ban on Wilders entering the country on Tuesday following a challenge by the politician.

A spokesman for the UK’s interior ministry said: “We are disappointed by the court’s decision. The government opposes extremism in all its forms.”

He said that the authorities would monitor Wilders during his stay in the UK, which could affect future decisions on whether to allow him entry. 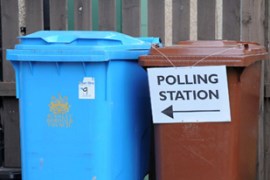 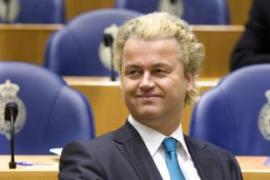 Banned politician and film maker who flew to Britain is sent back home from Heathrow.

Dutch politician and film maker banned from entering UK is held at Heathrow.