Although the ratio set aside by Goldman for compensation has dropped, employees are still set to get an average of $630,000 each – close to the record amounts paid out to Goldman staff in 2007.

That $630,000 average amount – far more than the amount paid to employees at Goldman’s competitors – is based on the company’s full workforce, including support staff.

Goldman has repaid the $10bn in US taxpayers’ money that it received under the US government Troubled Asset Relief Programme [Tarp], but the scale of its compensation package has fuelled criticism that Wall Street companies are paying massive bonuses to staff at a time when US unemployment continues to rise.

The repayment of the Tarp money was done, in part, to free the bank of restrictions on annual compensation packages that were attached to the loan.

David Viniar, Goldman’s chief financial officer, said that the bank has made no decisions on bonus payments yet.

Viniar said the bank is “very focused on the economic climate” and that will be taken into account when decisions are made.

Matt Taibi, a political writer for Rolling Stone magazine and website, told Al Jazeera that Goldman had taken advantage of a variety of cheap government financial aid schemes in recent months to boost their long-term prospects.

“They did not receive just $10bn in government money – they received quite a bit more than that. Ten billion dollars is the amount that they got under the Tarp programme.

“Goldman Sachs was the recipient of tens of billions of dollars more; a lot of that came through the bailout of AIG [a US bank] and a great deal of cheap government money that they were able to borrow through a variety of programmes by the US Federal Reserve.

“These programmes allowed Goldman to borrow money for almost nothing. If you are just an ordinary person in the United States, you will notice that your money is not getting cheaper to borrow. All these banks are basically borrowing money for free from the US government, and lending it out to us at market rates.”

Goldman’s profits were boosted for the second successive quarter by trading in bonds, commodities and currencies.

Investment banking revenue, which is traditionally the foundation of the company’s business, dropped to $899m in the third quarter – a fall of 31 per cent from the similar quarter last year and 38 per cent worse than the second quarter of this year.

Goldman has been the strongest bank throughout the US financial crisis, which began in 2007.

With its traditional background in investment banking, Goldman was less exposed to consumer loans, such as mortgages and credit cards, than other banks such as Citigroup and Bank of America.

The bank was less exposed than other companies to securities backed by mortgages that many US consumers defaulted on.

Citigroup reported on Thursday that it had posted a third-quarter profit of $101m, more than financial analysts had predicted.

But due to special dividends required from its receipt of $45bn in taxpayers’ money under the Tarp scheme, the results amounted to a loss for shareholders of 27 cents per share. 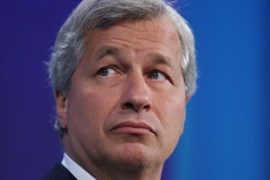 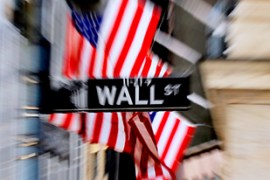 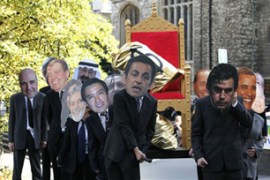 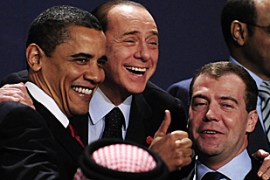 European nations push for bankers’ bonuses to be capped as US and UK oppose move.