Ian Khama, the president and head of the BDP, is tipped to be elected, despite facing criticism for what many call an authoritarian leadership style.

“I will not hesitate to fire lazy people because they have no place in my government,” Khama said.

“Batswana [local people] deserve good services, and I will make sure that that is exactly what they get,” he told a rally on Thursday.

The 56-year-old son of Seretse Khama, Botswana’s founding father, is facing his first election since taking over the reigns last April from Festus Mogae, his predecessor, who retired after serving his maximum 10 years as president.

Regular democratic elections and presidents who do not attempt to stay in power after their terms expire have made Botswana an example of democracy on the African continent.

However, Botswana faces challenges as the global economic crisis eats into revenues created by the diamond industry. Unemployment and poverty highlight the need to diversify the economy as the deposits are expected to run out in 20 years’ time.

The country has the world’s second-highest Aids burden, with one in four adults out of a population of 1.9 million people estimated to be HIV positive. Forty-seven per cent of the population live below the poverty line of $1 per day.

The BDP, which has governed the country since it gained independence in 1966, has lost popularity in recent years, but kept its parliamentary majority with 44 seats after 2004 elections.

“I think the BDP will outrightly win the elections owing to the fact that it still has support in rural areas and most constituencies are not found in towns and cities,” Dithapelo Keorapetse, from the University of Botswana, told the AFP news agency.

Infighting in the BDP is expected to reduce support for the party and help the
opposition.

Khama has been in heated arguments with the party’s chairman and he suspended Gomolemo Motswaledi, the party’s secretary-general, for allegedly undermining his
authority.

Botswana’s parliament has 57 contested seats. An additional four politicians are appointed by the president.

Polls are anticipated to close at 7pm (17:00 GMT) and first results are expected late on Friday. The final result is likely to be released on Saturday. 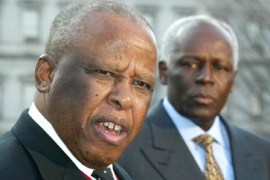 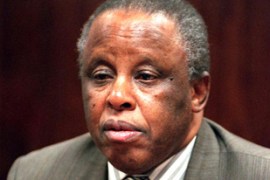 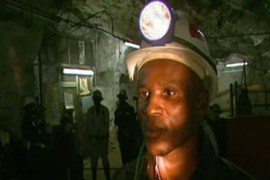