“The people have sent a clear message to us. We are aware and we repent.”

The reforms will vastly increase the number of Umno members who will be able to vote in party elections, and allow more party members to contest top jobs.

The changes will slash the influence of traditional party warlords who have benefited from Umno’s previous culture of patronage, analysts say.

“This move is historic because no other leader, especially one in power, has been willing to change the system that placed them in power in the first place,” Hishamuddin Hussein, Umno’s vice-president and Najib’s cousin, told party members. 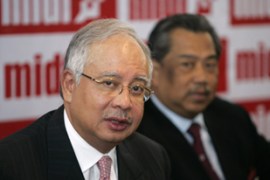 Opposition wins two of three seats in by-elections just days after Najib is sworn in. 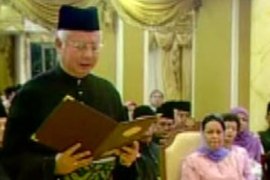 Najib Abdul Razak faces a myriad of challenges including a faltering economy. 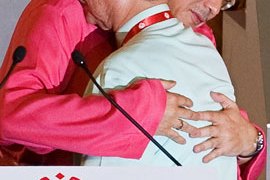 Outgoing PM issues stark warning as he begins final moves to hand power to his deputy.