Israeli army radio said the show, about the tribulations of a Palestinian family, was aired on Tuesday on Turkey’s TRT One channel and also depicted troops killing a Palestinian newborn baby delivered after its mother went into labour at an Israeli roadblock.

“A series like this, which has not the slightest connection with reality, which presents Israeli soldiers as the murderers of innocent children, would not be appropriate for broadcast even in an enemy country and certainly not in a state which maintains diplomatic relations with Israel,” Lieberman said in the statement.

Turkey’s ties with Israel have continued to deteriorate since Israel’s offensive in the Gaza Strip last winter, which left hundreds of Palestinian civilians dead.

Last week, Turkey banned Israel from an international air exercise in protest against its actions in Gaza.

Speaking on Thursday, Recep Tayyip Erdogan, Turkey’s prime minister, defended the decision and said he had to take account of public opinion on Israel.

“Anyone who exercises political power has to take account of public opinion … I can’t just put the calls from the public to one side, it’s a question of sincerity,” Erdogan said.

The prime minister said Turkey had proposed that the joint exercise, which was also meant to involve the United States’ air force, be either postponed or held without Israel but would not bow to interference when making decisions.

He said: “I want people to know that Turkey is a powerful country which takes its own decisions. We don’t take orders from anyone.”

Israeli officials have expressed concern over Ankara’s decision to cancel the aerial manoeuvres which were to have taken place from October 12-23 in central Turkey.

The international section of the Anatolian Eagle air exercises has been carried out annually since 2001.

The US called the Turkish decision “inappropriate”.

Turkey has been Israel’s chief regional ally since the two signed a military co-operation deal in 1996, but its criticism of Israel has mounted since Erdogan’s Justice and Development Party came to power in 2002.

Speaking on Wednesday, Ehud Barak, Israel’s defence minister, downplayed the increase in tensions with Turkey despite Ankara’s decision to call off the joint military exercise.

He said: “I think that basically there are ups and downs for all different reasons in relations.

“But our relationship with Turkey is long-standing, important and strategic in nature.” 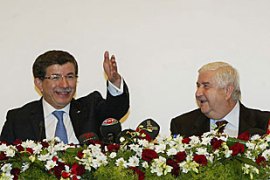 Syria to hold exercises with Turkey 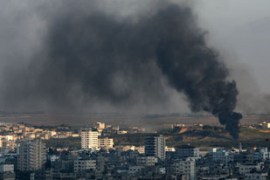