The Pakistani government has been threatening an offensive in the lawless border area for months, but a string of recent suicide bombings blamed on the Taliban has led to an increase in airstrikes in recent days, making way for a likely ground assault.

Pakistan was hit by four major attacks over the last nine days, including a suicide bombing of a UN office in the capital of Islamabad and a 22-hour siege of the army’s headquarters in the city of Rawalpindi, just 16km from Islamabad.

The military said 80 per cent of the attacks in Pakistan are planned from the remote South Waziristan region.

Although the army declined to say when the offensive would begin, tens of  thousands of civilians fled the region on Wednesday.

“People are coming out of the area and around 90,000 people have left the area and have been shifted to safer places in Dera Ismail Khan and Tank,” Shahab Ali Shah, an official in South Waziristan, said.

Residents said that life was becoming increasingly difficult with sporadic air strikes and a military blockade of key roads.

Most have since returned home. 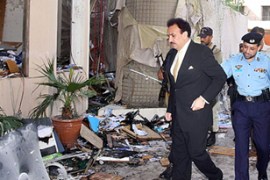 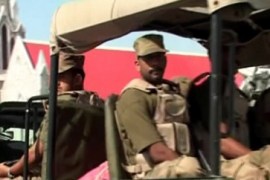 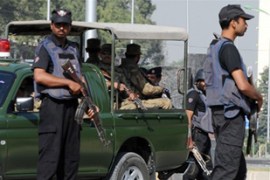 Islamabad orders strikes on suspected fighters as it prepares ground assault on Taliban.