They had argued that some of the conditions, which tied the release of some funds to fighting armed groups and keeping the army out of the political sphere, were an infringement of Pakistan’s sovereignty.

Speaking at a press conference after the meeting with Qureshi and Berman, Kerry pointed to a “joint explanatory statement” which he said clarified the US’s intentions.

“[The statement] affirms that the primary intention of the Enhanced Partnership with Pakistan Act is to demonstrate the American people’s long-term commitment to the people of Pakistan,” Kerry said.

“It affirms that the United States values its friendship with the Pakistani people and honours the great sacrifices made by Pakistani security forces in the fight against extremism.

“And it also makes absolutely clear – and I want to emphasise this point – that the legislation does not seek in any way to compromise Pakistan’s sovereignty, impinge on Pakistan’s national security interests, or micro-manage any aspect of Pakistani military or civilian operations.”

The US package to Pakistan is part of an effort by the US to secure Pakistani help in combating al-Qaeda fighters based in Pakistan’s border regions with Afghanistan.

The joint statement said that a requirement in the bill that Pakistan’s security forces must refrain from “subverting” political processes for Islamabad to receive certain aid was not an accusation but an expression of support for democracy in Pakistan.

But the joint statement also said that Hillary Clinton, the US secretary of state, reserves the right to cancel certain provisions if she deems them in the US national interest.

Qureshi said that the joint statement was a “historic document” and said he was glad that the US and Pakistan had strengthened their relationship.

The bill says that since 2001 the US has contributed over $15bn in aid to Pakistan, of which more than $10bn has been security-related help.

Obama is expected to sign the bill into law by Friday, a White House official said. 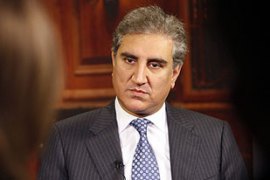 US says conditions to stay but offers “clarification” to address Islamabad’s concerns. 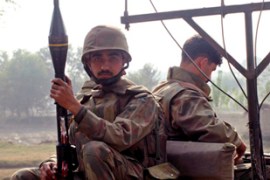 Politicians question whether package is worth the strict conditions attached to it.