South Korean officials confirmed the North’s expression of regret over the incident, during talks at the North Korean border city of Kaesong.

“It was regrettable that unintended human casualties occurred,” the North Korean chief delegate said, according to a spokesman for South Korea’s unification ministry.

He added that North Korea had also offered condolences to the families of the dead.

“The government considers the position expressed by the North as an apology,” the spokesman said.

A spokesman for South Korea’s president said he welcomed the North’s comments, adding that it sent a “fairly positive signal” that Pyongyang wants to improve relations with the South.

Officials at the Kaesong talks said both sides had agreed to work on a warning system to notify the other of future discharges, the details of which would be announced later.

North Korea has recently reached out to the US and South Korea following months of tension over its nuclear and missile tests earlier this year.

Last week the North’s reclusive leader, Kim Jong-il, told visiting the Chinese premier that his government might return to stalled six-nation negotiations on its nuclear
program depending on the outcome of direct talks it seeks with the US.

The disarmament talks involving the two Koreas, the US, China, Russia and Japan were last held in Beijing in December. 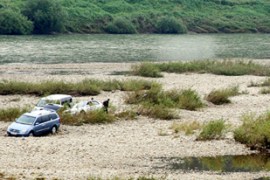 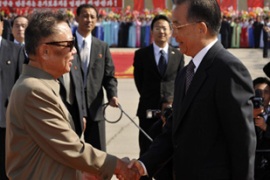