But a $596bn stimulus government package has helped to revive growth through heavy spending on public works construction and other initiatives.

Analysts said the latest trade data may help sway the government to start winding up stimulus measures in 2010, with recent US data pointing to stronger demand for China’s exports in the months ahead.”

“Chinese growth this year has been heavily reliant on government-directed investment, which is why senior officials have continued to characterise the recovery as not broadly based or firmly established,” Brian Jackson, a Hong Kong-based senior strategist at the Royal Bank of Canada Jackson, told the AFP news agency.

“Stronger external demand will provide an alternative source of support for growth and provide scope for Beijing to start tightening policy gradually from early 2010.”

Chinese officials have previously said the economy remains on target to achieve its target of eight percent growth in 2009, following expansions of 6.1 per cent in the first quarter and 7.9 per cent in the second quarter.

The release of the latest trade figures also boosted shares on the Shanghai stock market, with the benchmark index ending the day at a four week high, up 1.17 per cent. 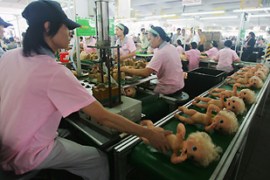 Data shows exports continuing to fall, but at slower pace than in February. 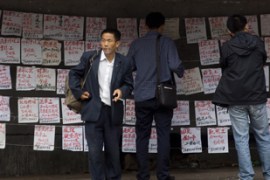 Premier admits “big impact” on China and urges improved ties with US to tackle crisis. 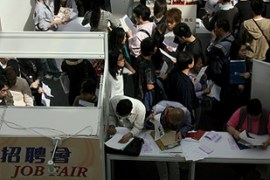 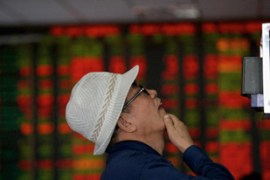