The secretary of state’s talk came at the end of a five-day tour of Europe, that included Zurich, London and Belfast, and followed on from the US administration’s call to “reset” relations with Russia.

She expressed hope that Russians and Americans would be able to move past the Cold War and come to act as partners.

“They do not believe the United States and Russia can co-operate to this extent. They do not trust each other and we have to prove them wrong,” she said.

On Tuesday, Clinton held talks with Sergei Lavrov, Russia’s foreign secretary, in an attempt to seek support for sanctions against Iran if the Islamic republic reneges on its promise not to develop nuclear weapons.

Although agreeing that fresh sanctions were not yet appropriate, the US is pushing Russia to back tougher action if the international community considers it necessary.

But Lavrov said Moscow believed such threats were “counterproductive” and that only negotiations should be pursued in the current climate.

Clinton, however, insisted the US would have the Russians’ support “if sanctions become necessary”.

“We remain committed to preventing Iran from becoming a nuclear weapons power. Everybody hopes to succeed, but we’re also going to continue to look at the potential of sanctions if we’re not successful,” she said.

Clinton also travelled to Kazan, the capital of Tatarstan, east of Moscow, on the final leg of her trip, becoming the first secretary of state to visit the religiously and ethnically diverse republic.

She returns to Washington later on Wednesday. 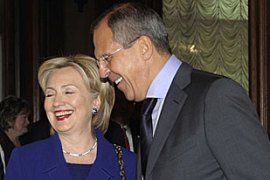 US secretary of state holds talks in Moscow on Start treaty and Tehran’s nuclear programme. 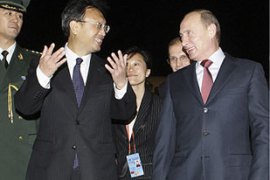 Russian PM’s in Beijing to finalise trade and energy agreements as ties grow. 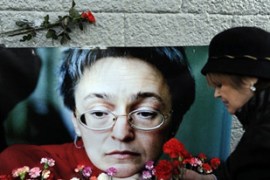