“It doesn’t represent any kind of control of the media,” he was quoted by the Reuters news agency as saying.

“No journalist, no media outlet, can act as an apologist for hatred and violence in society.”

The government has not fulfilled an earlier promise to lift emergency measures that closed Radio Globo and Canal 36 last month, which had supported Zelaya.

The two stations were among the only media in Honduras that reported on the protests in favour of restoring Zelaya to power.

Michelletti’s government accused the stations of encouraging vandalism and insurrection for announcing demonstrations.

Honduras has experienced near daily protests since the military-backed coup in June, which came after Zelaya pressed ahead with plans for a referendum on changing the constitution despite a Supreme Court order ruling the vote illegal.

The interim government accuses Zelaya of trying to amend the constitution to annul one-term presidential limit.

Since sneaking back into Honduras late last month, Zelaya has been taking refuge, with dozens of supporters, in the Brazilian Embassy in Tegucigalpa, the Honduran capital.

The international community has been pressuring the interim government to allow Zelaya’s return to power ahead of the November 29 presidential election, which was scheduled before the coup.

Representatives from the rival factions said that recent face-to-face talks have yielded agreement on 60 per cent of the issues under an international plan to resolve the crisis.

But Juan Barahona, Zelaya’s negotiator, said no agreement had been reached on the fundamental issue of whether the ousted leader could return to serve out the remaining months of his term.

They planned to discuss the issues within their own factions over the three-day pause and resume negotiations on Tuesday, two days before the October 15 deadline given by the Zelaya camp for his unconditional restitution. 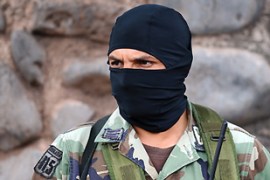