Egypt had twice postponed the scheduled date for the signing of a reconciliation agreement because of continuing disagreements between Fatah and Hamas, the two main Palestinian factions.

Monday’s announcement comes amid new tension between Abbas’s Palestinian Authority and Hamas over the PA’s support for delaying the endorsement of a UN report compiled by former international war crimes prosecutor Richard Goldstone, on possible war crimes committed during Israel’s offensive in Gaza.

Ismail Haniya, the Hamas leader in Gaza, accused Abbas of making an “absurd and criminal” decision to delay endorsement of the report.

“How can the two parties [Fatah and Hamas] sit at one table and sign an agreement in this situation? … This has placed a heavy obstacle in the way of Palestinian unity,” he said on Monday.

But Abul Gheit was confident that it would not halt the signing and said: “I think that the Goldstone issue is not likely to affect Palestinian reconciliation.”

Hamas and Fatah have been in dispute since Hamas seized control of Gaza in June 2007 after 18 months of coalition government. 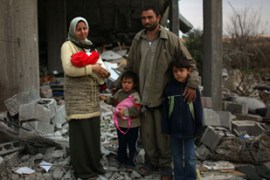 Protests held in West Bank as Abbas comes under fire for delay in endorsing UN report. 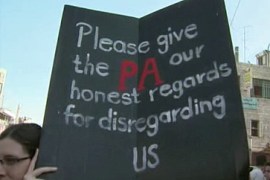