Sheikh Ali Hussein from rebel group Hizb ul-Islam in Gedo province told the AFP news agency “a small plane flew the hostages out of the airport at Luq after they were freed by their kidnappers.”

He said Hizb ul-Islam, which controls the region, had authorised their departure but had nothing to do with their kidnapping.

Al-Shabab, the main armed anti-government group, which controls much of Somalia’s south, has also said it had nothing to do with the abduction of the three.

Hussein said he had reports that a ransom had been paid for the release of the hostages, which a local elder who declined to be identified estimated at $2.5 million.

In Paris, the ACF aid agency confirmed the release of the three.

ACF has been working in Somalia since 1992.

The kidnapping of foreigners and aid workers is rampant in Somalia, they are often released after ransoms are paid.

The country has been ravaged by violence and anarchy since regional commanders overthrew Mohamed Siad Barre, the then president, in 1991, before turning on each other.

Four workers for ACF – two French women, a Belgian and a Bulgarian – as well as two Kenyan pilots, were released in August after being held in Somalia for nine months.

A French intelligence agent kidnapped in July in Mogadishu is still being held by al-Shabab and facing a trial under Sharia law.

A colleague seized at the same time on July 14 returned to France in August, saying he had escaped. 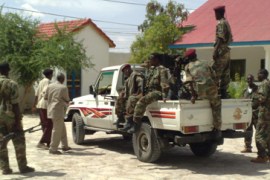 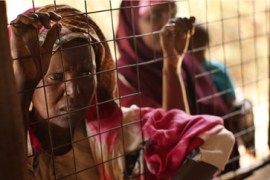