The coalition contains 40 political parties and groupings and will pit al-Maliki, a Shia, against the ruling Shia-dominated bloc, from which the premier broke away in August.

Al-Maliki had chosen not to join the recently formed, mostly Shia, Iraqi National Alliance (INA) opting instead to form a multi-confessional bloc.

The INA is headed by the Supreme Islamic Iraqi Council (ISCI), a powerful Shia party which has ties to Iran. It includes the movement of the fiery anti-US cleric Muqtada al-Sadr and a few Kurds and Sunnis.

Mohammed al-Bayati, an ISCI member, and analysts said there could be some partnership between the INA and State of Law after the election.

“We wish them success… A national front will be formed in the next parliament in participation with the INA,” al-Bayati said.

Iraqi political groupings are fluid and alliances have shifted dramatically in the past.

Hameed Fadhel, an analyst at Baghdad University, said: “No side is likely to get a majority, and there will be a need for partnerships after the results. Such talk before then is difficult because I think there will be heated competition.”

The split in al-Maliki’s and ISCI’s Shia political bloc, now the biggest in parliament, is likely to deepen tensions in a country still plagued by violence.

Yet it could also mark a maturing of Iraq’s democracy if there was a credible shift away from the sectarian and identity politics which has defined Iraq’s legislative system to date. 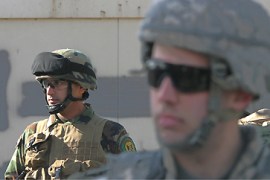 US ‘to speed up Iraq withdrawal’

US commander Odierno says 4,000 troops will be sent home by the end October. 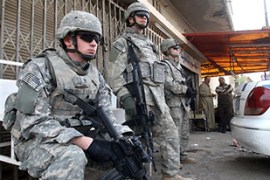 US commander tells congressional panel that pull-out is going ‘faster than planned’. 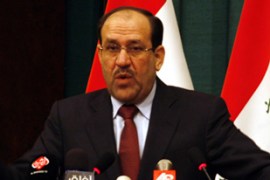 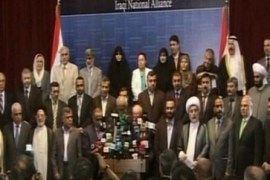