At least 660 Palestinians have been killed in Gaza since Israel began its offensive on December 27, in what it says is an attempt to halt Palestinian rocketfire from Gaza.

Venezuela’s foreign ministry said in a statement that Israel’s campaign constituted “flagrant violations of international law” and the use of “state terrorism”.

“For the reasons mentioned above, the government of Venezuela has decided to expel the ambassador of Israel and part of the personnel of the embassy of Israel,” the statement said.

On Monday, Chavez, a strong critic of Israel and the US, had accused Washington of poisoning Yasser Arafat, the late former Palestinian president, to destabilise the Middle East and justify US-backed Israeli incursions.

The United States, which Chavez describes as a decadent empire, firmly backs Israel, its principal ally in the region.

On Tuesday, the White House said it would support an “immediate” ceasefire in Gaza but only if it was likely to be “durable”. 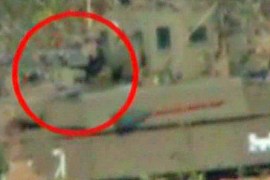 Exclusive footage of what is purported to be a Hamas video of attacks on Israeli troops. 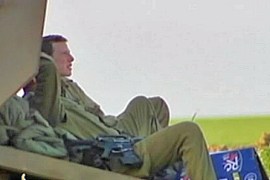 Thousands of Israeli reservist soldiers have been called up since the war on Gaza began. 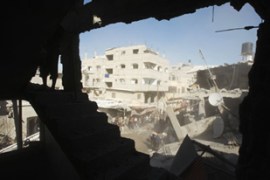