“After January 20 I’m going to have plenty to say about the issue, and I am not backing away at all from what I said during the campaign, that starting at the beginning of our administration, we are going to be engaged effectively and consistently in trying to resolve the conflict in the Middle East,” he said.

Al Jazeera’s Washington correspondent Rob Reynolds said it seemed Obama felt the most politically advantageous thing was to say as little as possible.

“He has mentioned he would have ‘plenty to say’ once sworn in, but there could be many more civilian casualties in Gaza by then.”

With diplomatic efforts intensifying to bring an end to the crisis, Condoleezza Rice, the US secretary of state, told a meeting of the UN Security Council in New York that the US understood the urgency of ending the Gaza conflict and was “working around the clock” to find a solution.

“Our goal must be the stabilisation and normalisation of life in Gaza,” Rice said.

But she added that any ceasefire plan “has to be a solution that does not allow the rearmament of Hamas.”

Earlier the Bush administration had called for an immediate ceasefire in Gaza, but again insisted that it be “durable”.

Dana Perino, a White House spokeswoman, said the US backed Israel’s Gaza offensive, but urged it to be “very cautious when it comes to civilian casualties”.

“We want it to be kept to a minimum,” she said.

When asked how quickly the US wants to see a ceasefire in place, she said: “We would like it as soon as possible but it has to be something that is durable.”

Perino denied that the call for an immediate ceasefire was a shift in the US position, which has backed Israel’s decision to attack Gaza in what it says is a move to stop rocketfire by Palestinian fighters targeting southern Israel.

On Monday UN sources said a proposed new resolution to be put before the Security Council would have three main points: A demand for an immediate ceasefire, the formation of some sort of “humanitarian corridor” for much-needed aid and a form of “monitoring mechanism” for the ceasefire.

On Monday, Palestinian, Egyptian and other ministers met Ban Ki-moon, the UN secretary-general in attempt to secure UN backing for a ceasefire in Gaza.

Last week, the US blocked a Libyan-backed proposal for the UN to call for an immediate ceasefire in Gaza last weekend. 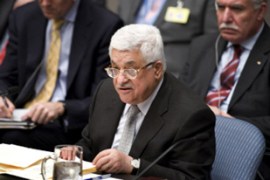