The new cases have prompted emergency checks on local poultry markets in several provinces where the cases have been reported.

As part of the crackdown inspectors have been instructed to “severely punish” those responsible for the “illegal sale of avian vaccines, unvaccinated poultry and poultry products”, state-run newspaper Farmer’s Daily said on its website.

In other measures, the agriculture ministry has ordered tighter monitoring of disease outbreaks at all levels and proper vaccination of all poultry, including increased checks across the country and at borders.

“With the Lunar New Year approaching, the volume of trade of live poultry is growing, and the risk of the emergence and spread of an epidemic is increasing,” the ministry said this week.

Poultry is a traditional ingredient in family feasts held to mark the new year holiday.

Shu Yuelong, a flu expert at China’s National Centre for Disease Control and Prevention, said new infections were likely because the H5N1 virus was more active in lower temperatures seen in China at this time of year.

“The situation urges us to further strengthen prevention and supervision,” Shu was quoted as saying by Xinhua on Monday.

Wu, the latest human victim of the disease, was infected earlier this month after coming into contact with poultry.

The H5N1 flu remains largely a virus among birds, but experts fear it could mutate into a form that is easily transmitted among humans and spark a pandemic that could kill millions of people worldwide.

Bird flu has killed 23 people in China since the disease was first recorded there in 2003.

Worldwide the virus has caused 397 human infections and 250 deaths. 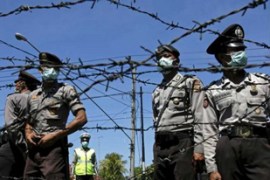 Poultry imports suspended and cull of birds ordered after discovery at farm. 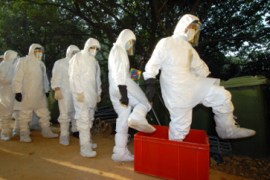 Some facts on the “bird flu” phenomenon.