Tamil Tiger fighters were reportedly retreating southward to their last stronghold of Mullaitivu as government troops advanced into their shrinking territory.

Another military statement said soldiers separately captured a guerrilla camp in the village of Aiyamperumal in Mullaittivu over the weekend.

On Friday soldiers also seized a Tigers training camp near the village of Mulliyaweli located in the same area where underground bunkers and an auditorium were found, the statement added.

Meanwhile the pro-rebel TamilNet website said four civilians were killed on Saturday night in a government artillery assault on a rebel-held village in Mullaitivu.

No independent verification of the claims and counterclaims could be made because journalists are barred from the war zone.

Human rights groups have warned of increased casualties among the hundreds of thousands of civilians living in Tiger-held territory as the government closes in.

The Tigers have been fighting since 1983 to create an independent homeland for ethnic minority Tamils following what they called decades of marginalisation by governments controlled by the Sinhalese majority.

More than 70,000 people have been killed in the conflict. 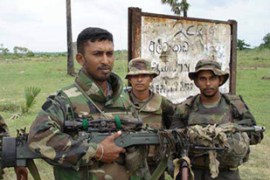 Tamil Tigers reported to be falling back to last stronghold in Mullaittivu. 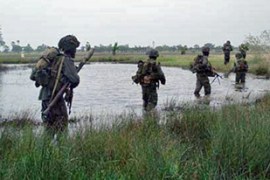 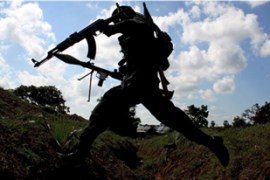 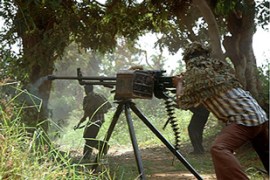