“It happened at dawn [so] most people were probably asleep,” Ervan said.

The 700-tonne Teratai Prima sank en route from the western port of Parepare on the island of Sulawesi to Samarinda, East Kalimantan.

The ship, carrying around 18 tonnes of cargo, had radioed that it was “hit by a storm” before it went down, port officials said.

Sea accidents routinely claim hundreds of lives each year in Indonesia, largely due to poor enforcement of safety regulations and overcrowding.

But Ervan said the Teratai Prima, with a capacity of 300 passengers, was not overloaded. 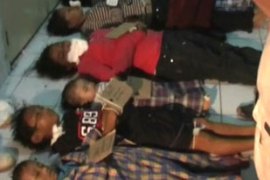 Many passengers reportedly still missing after the vessel capsizes off Sulawesi. 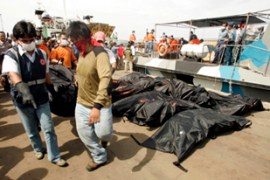 One dead and at least three missing as burnt hulk sinks with officials aboard.

All but one person on an Indonesian ferry that sank in eastern Indonesian waters are safe, according to a search and rescue official.

A ferry has sunk in bad weather off eastern Indonesia leaving at least 30 people feared dead, a rescue official said.