Lloyds’ offices in Britain and Dubai removed information such as customer names, bank names and addresses between 1995 and 2007 so wire transfers would not be flagged and blocked as improper by US financial institutions, the justice department said.

“This process of ‘repairing’ or ‘stripping’ … allowed more than $350 million in transactions to be processed by US correspondent banks that might have otherwise been blocked or rejected,” the statement said.

Matthew Friedrich, the acting assistant attorney general for the criminal division, said it was not clear who had received the funds, adding that the settlement required Lloyds to provide any information it had on the source of the money.

“The department will continue to use criminal enforcement measures against the knowing and intentional evasion of US sanctions laws, particularly where such conduct has the potential to finance terrorist activities,” he said.

The case against Lloyds grew out of an investigation into suspicious money transfers by alleged Iranian front companies and charities in New York, Robert Morganthau, a Manhattan district attorney, said.

Lloyds had originally disclosed that it was in settlement negotiations with US authorities when it gave interim financial results for the first half of 2008.

“We are committed to running our business with the highest levels of integrity and regulatory compliance across all of our operations and have undertaken a range of significant steps to further enhance our compliance programs,” it said in a statement on Friday.

Lloyds said it was “gratified” that the US agencies had recognised it had “provided prompt and substantial co-operation throughout their investigation”. 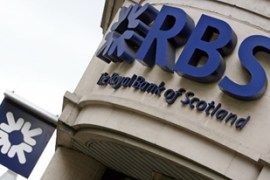 Most markets rally as governments announce plans to shore up leading banks.

Britain’s biggest home loan lender had lost more than half its value in the past six days.