Security conditions in the Anbar province of Iraq mean that only one US brigade is needed there instead of two, Odierno said.

The US military has a deadline of August 2010 to reduce all combat forces from Iraq and reduce the number of troops to 50,000, under an agreement with the Iraqi government.

Odierno said the faster pace of redeployment of US troops from Iraq was due to the competence of Iraqi security forces.

“Iraqi security forces are now in the lead across the entire country,” Odierno said.

Odierno said he had agreed with General David Petraeus, the head of US Central Command, to move some military resources from Iraq to Afghanistan, where US forces are coming under greater pressure in the face of a resurgence from the Taliban.

“I worked very carefully with General Petraeus to identify any capabilities that we no longer need that can be used in Afghanistan,” Odierno said.

Odierno was apparently talking about unmanned surveillance aircraft and transport aeroplanes, which officials say are needed by commanders in Afghanistan.

The strategy for the war in Afghanistan has become a key issue for Barack Obama, the US president, amid a dramatic rise in the number of US troop deaths.

Odierno’s address to congress came as Obama prepared for a series of private meetings on Wednesday with senior advisers.

The meeting come in the wake of comments by the head of US and Nato forces in Afghanistan that the mission risks failure unless more troops are sent to the country.

General Stanley McChrystal is widely expected by military analysts to be seeking 30,000 to 40,000 more US troops.

Obama has not yet committed to any increase in troop levels sought by McChrystal, saying that a review into strategy in Afghanistan must be completed first. 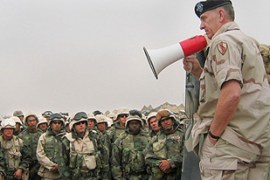 US redeploys troops to Afghanistan 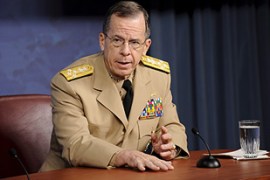 US may withdraw more Iraq troops 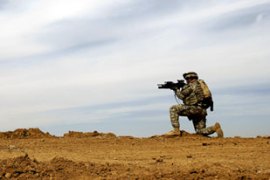 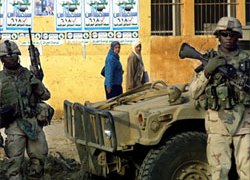 US general: Iraq troops cut by 20%

A top US general has said the United States has reduced its forces in Iraq by up to 20% in the last two months, but may choose to raise the number of troops if the security situation worsens.