Yuta Kaga, a Toyota spokesman in Tokyo, Japan, said on Wednesday that the floormats subject to the recall are used only in vehicles sold in the US.

Kaga said the company was checking whether the problem originates in the floormats or the process of placing them in the vehicles. He did not name the floormat supplier.

Toyota and US safety regulators told owners to remove all driver-side floormats from eight Toyota and Lexus models made in the past six years as a safety precaution.

The cars are the Camry and Avalon sedans, the Prius hybrid, the Tacoma and Tundra pickup trucks and Lexus models, the IS250, the IS350 and the ES350.

Ray LaHood, the US transportation secretary, said: “This is an urgent matter.”

Toyota said it was too early to provide a cost estimate for the move.

Kurt Sanger, a motor analyst at Deutsche Securities, estimated the cost to Toyota at $50m to $100m, saying the bigger worry was the damage to the company’s image.

“Monetarily I wouldn’t expect it to be a major issue for Toyota,” he said, noting that labour costs, which typically make up the bulk of recalls, would likely be minimal.

Yuuki Sakurai, chief executive of Fukoku Capital Managementin Japan, said: “This is a negative issue and is going to cost [Toyota] very much. [It’s] not good for advertising.”

In Tokyo on Wednesday, Toyota shares were down 1.1 per cent, underperforming a 0.2 per cent fall in the main Nikkei average and a rise in rival Japanese car stocks.

Last month, an off-duty California state trooper and three members of his family were killed in the San Diego area in a crash of a 2009 Lexus ES350.

Before the crash, a passenger in the car had called emergency services and told dispatchers that the accelerator was stuck and the car had reached 193kph.

Toyota’s largest previous recall was in 2005 for a problem with steering rods, covering about 900,000 vehicles.

The pending recall will be equivalent to about double Toyota’s annual sales in the US market. 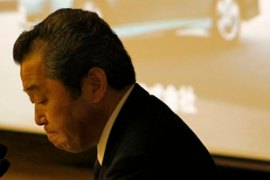 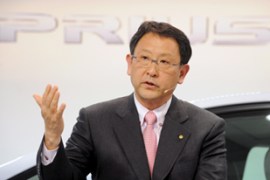 The grandson of the founder of the world’s biggest car-maker gets top post. 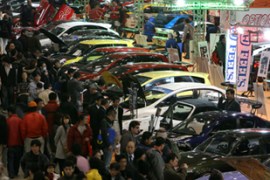