He said only that Hamas would respond to the prisoner release by “clarifying his fate”.

“This simple deal is a precursor, God willing, to a comprehensive deal,” he said.

However, Abu Mujahed, a spokesman for the Popular Resistance Committees, another group which took part in the raid in which Shalit was captured, confirmed the existence of the video, saying that it lasts about one minute.

“It shows Shalit alive and moving,” he said.

A further three were members of Islamic Jihad and the rest were from other Palestinian groups, he said.

One is from Gaza and the rest from the West Bank.

Israel said that while the women were jailed for security-related offences, they were not directly involved in killing Israelis and were all within two years of the end of their prison sentences.

The exchange is expected to take place on Friday.

The family of one of the women set for release welcomed the news.

“When I heard the news I was happy but I also thought of the other families who won’t be getting their loved ones back,” Abu Mahmoud Al Ziq, the husband of Fatima Younis Zaq, told Al Jazeera.

“I hope this is a step towards releasing all men and female prisoners.”

The Israeli statement said the deal was carried out “ahead of the critical stages in the negotiations for the release of Gilad Shalit and based on Israel’s commitment to work with determination to bring him home quickly”.

Intermittent negotiations between the two parties have been conducted indirectly since Shalit was captured in 2006, mainly through Egyptian mediators. Germany has also been involved in mediating in recent months.

A senior Egyptian official involved in the mediation said the move was designed to create “an atmosphere of trust”.

“There is no doubt that this step will support the efforts of all sides to solve the problem,” he told The Associated Press on condition of anonymity.

Al Jazeera’s Jacky Rowland, reporting from Jerusalem, said that there had previously been apparent breakthroughs in attempts to secure Shalit’s release, but they had resulted in disappointment.

“There have been so many hopes raised for the family of Gilad Shalit and indeed for the Palestinian families who could see their loved ones released as a result of any prisoners exchange deal,” she said.

“But so many times these expectations have been dashed.

“The important thing to stress here is that the Israelis are not seeking to raise expectations that a release deal could be close. They’re stressing that this is just a very early stage. All we’re talking about here is proof of life.

“But if these small deals work, we can certainly expect that there will be more indirect negotiations to try to build on this.”

Shalit was seized by fighters from Hamas and allied groups during a raid on an Israeli border base in 2006.

Hamas is demanding that Israel release hundreds of prisoners, many of whom are serving lengthy sentences for attacks on Israelis, in exchange for the soldier. 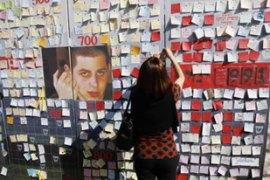 Palestinian official plays down rumours of breakthrough in talks on Israeli soldier. 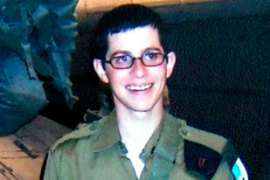 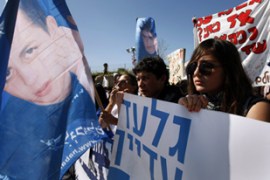