“While the new H1N1 virus causes a mild illness in most people, it can have a devastating hard edge,” she said.

“It is important that people take this disease seriously and protect themselves and their families by getting vaccinated.”

Many have expressed concern about the vaccine’s safety and the vaccination itself is known to have some minor side effects, including mild nausea.

There are also fears it could lead to cases of Guillain-Barre syndrome, a rare disease than can lead to paralysis.

However, Alan Hampson, chairman of the Influenza Specialist Group, dismissed fears over side effects from the vaccination scheme.

“The fears that have been raised about the vaccine, I think, are quite unfounded,” he told Al Jazeera from Melbourne.

“Guillain-Barre syndrome has not been seen in any significant way since that time [1976] with influenza vaccines.

“I think people are just causing all sorts of problems to a very valid vaccination programme.”

Roxon also defended the vaccination programme, saying she was “very satisfied … this vaccine is strong and effective”.

“It is far safer to get this than it is to get swine flu,” she said.

Children under 10 cannot yet be vaccinated, but paediatric trials of the vaccine continue.

Australia has ordered 21 million does of the flu vaccine from CSL Ltd, a pharmaceutical company.

More than 4,600 Australians have been hospitalised and 172 people have died from H1N1 flu.

Australia’s vaccination campaign is estimated to cost the equivalent of $87.95 million. 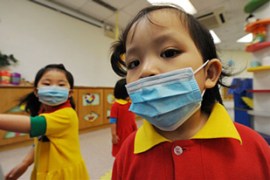 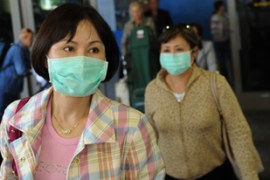 US trials show that vaccine will be effective within 10 days of being taken.