The groups withdrawing on Monday said parties from the north had been violating the agenda of the meeting, which discussed the implementation of the peace agreement between the north and the south.

The six parties accused northern parties of impeding the 2005 peace agreement signed between the SPLM and NCP after a two-decades long war.

They said the northern parties were stirring up the conflict between the regions instead of proposing a unified vision towards the right of self-determination for the south.

Martin Elia, chairman of the South Sudan Democratic Forum, one of the parties which pulled out, told Al Jazeera: “Some have objectives that have nothing to do with the implementation of the peace agreement, to prevent south Sudan’s people from practising their self-determination right.”

An estimated two million people died in two decades of civil war between the Muslim north and the mainly Christian south.

The conflict ended in 2005 with the signing of a Comprehensive Peace Agreement proposing national elections in 2010 and a referendum in 2011 on the future status of the south.

A key point of disagreement is the organisation of a democratic process under which the results of a recent census are scheduled to be the basis for electoral constituencies for the 2011 vote.

“Without the resolution of this issue the election process may be put on jeopardy,” Salva Kiir, the regional president of the south, said on Sunday, the first day of the conference.

“To us in the SPLM unity is a noble cause, but not any unity. Unity that does not generate a value-added to the present status of south Sudan does not attract anybody,” he said.

The 2010 national election, which was also discussed at the conference, will include the first presidential, parliamentary and regional elections since 1986. 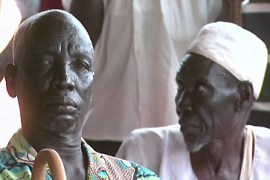 Sudanese disagree over rights of southerners living in north to vote in secession referendum. 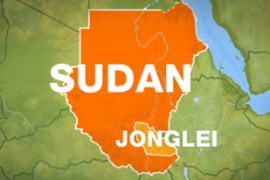 Officials say more than 100 people killed in tribal raid in the country’s south.