However, under French law, the head of state remains immune from legal action, meaning the case can be heard only once Sarkozy is out of office.

Villepin, 55, is on trial in Paris, accused of conspiring to slander Sarkozy in 2004, at a time when the two were battling to succeed Jacques Chirac as president.

He faces up to five years in jail and a 45,000 euro ($66,000) fine if convicted of “complicity in slander, complicity in the use of forgeries, dealing in stolen property and breach of trust”.

Villepin has repeatedly denied any wrongdoing and maintains that the case would never have gone to trial had it not been for Sarkozy’s “meddling” in the judicial process.

His trial comes five years after another prime minister, Alain Juppe, was convicted of corruption in an illegal party-financing scheme and given a 14-month suspended sentence and a one-year ban on holding public office. 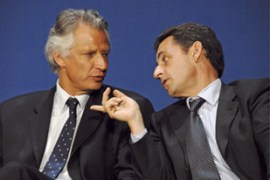 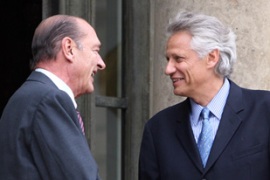