A tenuous peace deal between the government and fighters in the Central African Republic has done little to end the conflict or ease the suffering of the country’s inhabitants.

The agreement was supposed to enable thousands of displaced people in what is one of the world’s poorest countries to return to their homes, but many have no homes to go to.

Even with peace declared at a national level, localised conflicts have seen villages destroyed.

Al Jazeera’s Andrew Simmons reports from Bele and Dakawa, two villages in the Central Africa Republic where a meeting to agree peace between factions ended in clashes. 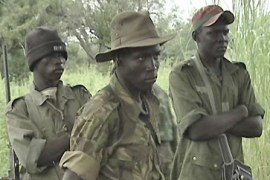