“The jury is still out on the United Nations, and the signs are not encouraging,” Netanyahu said.

He also slammed Iran’s President Mahmoud Ahmadinejad for calling the Holocaust a “lie,” showing to the UN General Assembly copies of Nazi documents for the extermination of Jews during World War II.

“Are these plans of the Auschwitz-Birkenau concentration camp where 1 million Jews were murdered a lie too?” he said, citing US President Barack Obama’s visit to one of the death camps earlier this year.

“Did President Obama pay tribute to a lie?” he said.

The Israeli leader also focused his criticism on Iranian domestic politics, taking aim at the country’s disputed presidential election, accusing Ahmadinejad and his allies of stealing the June vote and calling on the UN to “stand by” the side of Iranians who protested in the unrest that followed.

Turning to Israel’s war on Gaza in December and January, Netanyahu criticised the recent UN-backed Goldstone Commission Report, which concluded there was substantial evidence to suggest that Israel committed war crimes during its offensive on the Palestinian territory.

“Rather than condemn terrorism, some at the UN are condemning its victims … It is not easy to fight terrorists firing from schools and mosques,” he said, referring to Palestinian armed groups.

Netanyahu emphasised that all Palestinians must formally recognise the state of Israel, and said that Israeli leaders had already recognised that a Palestinian state should be formed.

“Say ‘yes’ to a Jewish state,” Netanyahu said, in an appeal to the Palestinians.

“The Jewish people are not foreign conquerors in the land of Israel.”

He said that while the Palestinians were entitled to the same rights as Israel, a future Palestinian state must be “effectively demilitarised” in order to guarantee Israel’s security.

Nour Odeh, Al Jazeera’s correspondent in Ramallah, said Netanyahu’s “rhetoric was a mix of attacking the UN for its repeated reports on Israeli actions against Palestinians, while using a bit of scaremongering with reference to Iran … and the history of the Nazis.

“One very consistent message he managed to keep was his call on the UN to change the context with which it addresses the ‘occupied’ Palestinian territories.

“And his vision for a peace imposed on the Palestinians that guarantees they are always kept in check, kept demilitarised, and under control … a vision that will not bode very well with a Palestinian public.

Netanyahu’s address was a “hardline speech from a right-wing Israeli leader who knows his right-wing public in Israel is listening in and will probably be very pleased,” our correspondent said.

“This is more proof for those who believe that Mr Netanyahu is not a partner in peace for the Palestinians,” she said.

Jacky Rowland, Al Jazeera’s correspondent in Jerusalem, said that Netanyahu had tried to convince the General Assembly that Iran posed a threat to the whole world, not only Israel.

“The only point of applause was when he repeated the formula of ‘two states for two people’ and I think [the relative lack of applause] reflects the not very high regard that Israel is held in UN circles,” she said.

“He was trying to draw an analogy between the very crude small rockets fired from Gaza [into Israel] with the kind of bombs that Nazi Germany was dropping on major British cities and vice-versa during the second word war.

“It’s rather ludicrous to make those comparisons as the munitions are in no way comparable.

“He used this UN forum to really savage the UN, particularly the human rights commission [which backed the Goldstone report] … This won’t have done much to try and smooth relations with the UN.”

He pointed out that, although Netanyahu spoke about “the moral bankruptcy and dangers of denying the Holocaust”, it was in fact Israel that “committed the biggest massacre of the century” when it launched its attack on Gaza that killed more than 1,400 Palestinians in December and January of this year.

Fares Braizat, a social and economic survey research institutor at Qatar University, said: “I think there is a very serious problem of legitimacy that Netanyahu is trying to defend. 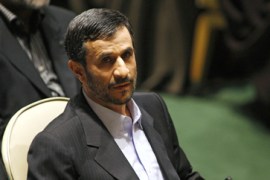 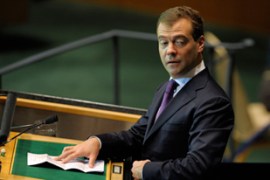 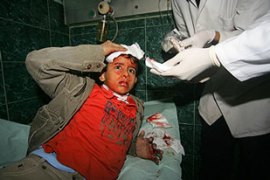 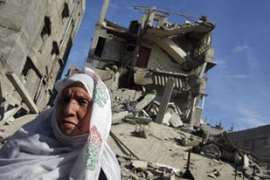