Chen was sentenced to life in prison by the Taipei District Court earlier this month after being found guilty of embezzling $3.2 million during his eight-year term from a special presidential fund, receiving bribes worth at least $9m, as well as laundering some of the money through Swiss bank accounts.

Earlier this week, Chen was indicted on new charges that he used $330,000 from foreign affairs funds for personal use.

Wen Yao-yuan, a court spokesman, said the high court decided to keep Chen in detention for three more months, saying that he was a potential flight risk because of the heavy sentence given to him.

After reviewing the case, “the court reckoned that he is still hiding a huge amount of assets overseas … and he is likely to flee (Taiwan) if free”, Wen told the AP news agency.

Chen has repeatedly denied any wrongdoing and says that he is being prosecuted for his stance on Taiwanese independence from China by the administration of Ma Ying-jeou, the current president.

Ma, who has been eager to improve ties with Beijing, denies the accusation.

Chen has asked a US court to order his release from prison, arguing that Washington still has authority over the island.

He petitioned the US Court of Appeals for the Armed Forces on Thursday to release him, saying America  remains the “principal occupying power” over Taiwan under a 1951 peace treaty with Japan.

The court papers said it was a “highly unusual case with no precedents”.

According to the court filing, Chen’s lawyers said it was his duty as president of Taiwan to accept orders from US military officials, under the peace treaty, and to defend the island from “hostile powers”.

Chen’s continued detention has renewed questions on whether Taiwan’s judiciary has compromised his human rights, amid growing calls that he be dealt with severely for alleged corruption.

Tsai Ing-wen, chairwoman of the opposition Democratic Progressive Party, who has repeatedly argued for Chen’s release, said he offered to have himself confined at home or wear a monitoring device in exchange for his bail.

Tsai said he hoped judges would consider the proposal. 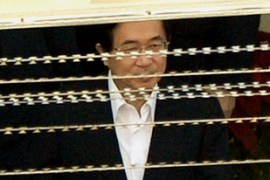 Chen Shui-bian gets life imprisonment for embezzling $3m and taking $9m in bribes. 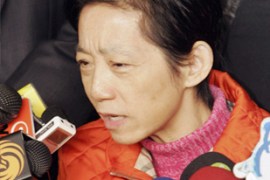