The UN has begun a flash appeal for finance to cover immediate needs and is ready to provide other necessary help, the statement said.

Navi Pillay, UN human rights chief, said in Geneva that an inquiry into the air raids at Adi in Harf Sufyan should take place and called the casualty reports “deeply disturbing.”

The US embassy in Sanaa also called for a 72-hour ceasefire to allow access for aid.

It welcomed the Yemeni government’s announcement that it would hold an investigation into the raids that killed 87 people on Thursday.

The raids struck near a school as well as a bridge under which many people had taken shelter from the bombardment, crushing them, a witness said.

Fighting between the government and Houthis, from the Zaidi sect of Shia Islam, reignited in August.

The Houthis have been battling for the past five years for a return to an autonomous inamate that was ended by a revolution in 1962.

The Zaidis are a minority in Yemen but a majority in the north. The government in Sanaa, which the Houthis have called a corrupt dictatorship, is also led by a Zaidi. 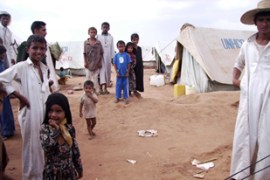 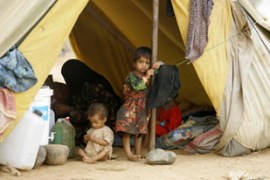 Government denies attack in which witnesses say dozens were killed and scores injured. 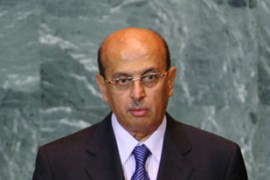 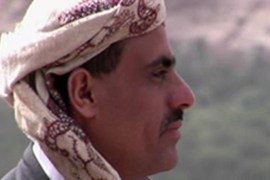 One man is determined to bring peace to Yemen’s warring tribes – even if he dies trying.