Separately, Hungarian officials said a suicide attacker drove a vehicle into a Hungarian convoy in the northern city of Pul-e-Khumri. No troops were killed.

Meanwhile, in Kabul, the Afghan capital, the Italian military held a religious ceremony for six soldiers killed earlier in the week in one of the deadliest suicide attacks targeting Nato troops.

The six coffins were draped in the Italian tricolour and topped with small cushions carrying the regimental purple berets of the fallen soldiers.

The soldiers were killed on Thursday when a suicide bomber rammed a car packed with explosives into a two-vehicle convoy of Italian paratroopers in central Kabul, not far from the US embassy on the busy airport road.

Ten Afghan civilians were also killed in the attack.

The incidents serve to reinforce a message reportedly from Mullah Omar, the reclusive leader of the Taliban, in which he points out that foreign forces have in the past had limited military success in Afghanistan.

The Taliban leader’s message, released for the Muslim Eid al Fitr holiday, comes less than a month before the eighth anniversary of the US-led invasion of Afghanistan that ousted the Taliban from power.

“We would like to point out that we fought against the British invaders for 80 years from 1839 to 1919 and ultimately got independence by defeating [Britain],” the statement said.

“Today we have strong determination, military training and effective weapons. Still more, we have preparedness for a long war and the regional situation is in our favour. Therefore, we will continue to wage jihad until we gain independence and force the invaders to pull out.”

This year has been the deadliest of the conflict for US and Nato troops, and political support at home for the war is declining. 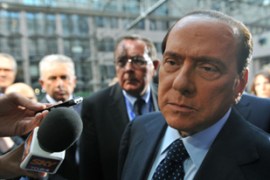