Somalia remains a powder keg. Since Ethiopian forces withdrew in January 2009, there are ghastly reports of killings and internally displaced populations.

Meanwhile, the al-Shabab Islamic movement, a group on the United States’ list of terrorist organisations, has been expanding its sphere of influence and now controls most of southern Somalia.

Unlike the overwhelming majority of Somalia’s Islamist organisations with nationalist agendas, al-Shabab’s spokesmen have openly stated that while it is not officially a member, it has the same enemies and objectives as al-Qaeda.

However, Somalia’s security challenges for the West are not limited to terrorism.

Despite some rescues, piracy attacks off the coast of Somalia remain a problem and last year Somali pirates attacked 111 ships, capturing 42.

Because of this, between $80-$150mn in ransom money was paid to Somali-based pirates last year, in addition to the costs incurred by states in safeguarding the shipping lanes and by companies of insurance premiums.

But there is now a window of opportunity. The time is ripe to build upon some early successes of the African Union forces in Mogadishu, to take advantage of the alliance between moderate Islamists and the transitional government, and to authorise a new UN peacekeeping mission.

In the face of continued violence, the African Union has scored some surprising successes.

The experience of Burundi, which sent a well-disciplined force to Somalia, is encouraging. Burundi peacekeepers have provided medical assistance to injured civilians and they have not used excessive force against civilians.

Furthermore, the UN special representative for Somalia, Ahmedou Ould-Abdallah, who helped stabilise Burundi, has coordinated the UN-sponsored peace process in Djibouti with skill.

He convinced the leadership of the Islamist Alliance for the Re-liberation of Somalia – including the current president of the country, Sheikh Sharif Sheikh Ahmed – to negotiate and share power with the government they fought against for two years.

Ould-Abdallah also brought them into the top cabinet positions in a national unity government, along with some leading members of civil society who were not associated with clan-based warlords.

His success in bringing in the moderate factions of the Islamist Alliance demonstrates that the US need not see all Islamist movements as international “jihadists” threatening Western interests, especially among Somalis, who are resistant to all attempts at subjugation.

The pastoral tradition in Somali society – where for centuries nomads have eked a meagre livelihood from an unyielding environment – encourages self-reliance.

Somali women have always played a vital role in society, and remain the backbone of the economy. Moreover, they have traditionally shown their full faces in public, a practise which even al-Shabab has not challenged.

The realities of Somali society, therefore, limit the popular acceptance of cultural restrictions demanded by al-Shabab, which are seen by many Somalis as without foundation in Islamic law.

As such, al-Shabab’s brand and interpretation of Islam will never have broad public support in Somalia.

For many Somalis, al-Shabab looked like a better option than occupation by Ethiopia – Somalia’s historic enemy.

However, now that Ethiopia is gone, moderate Islamists – along with a new generation of nationalist politicians – are ready to lead.

Ethiopian troops should not be allowed to return to Somalia at any cost; this will only create popular support for spoilers and radicalise the general public.

With a new coalition ready to lead, a renewed UN peacekeeping operation is justified.

The ignominious failure of the United Nations Operations in Somalia (UNOSOM II established in 1993) – which went down with the Black Hawk incident – need no longer serve as a deterrent to positive international action.

Following the model of the UK leading the Sierra Leone mission, and the US leading the one in Liberia, Italy might be thought of as the natural lead state, but Indonesia or Turkey may be more appropriate.

This would need to be negotiated within the UN Security Council. Relying on the African Union forces of Burundi and Uganda already deployed, and hopefully additional forces from the Muslim world such as Jordan, Bangladesh and Pakistan, all long-term troop contributing countries to UN operations, could fill out the mission.

Al-Shabab will likely fail in the face of strong Western, UN, and African Union support to a new Somali regime that is beginning to earn local support.

There is today an opportunity to reverse the nearly two decades of Somali state collapse.

Most Somalis are now ready for a period of transitional administration supervised by the UN to rebuild their country. Rebuilding the Somali state is now feasible, and would serve the interests of the West and of Somalis, who are also desperate for normality.

David D Laitin is Watkins Professor of Political Science at Stanford University, and co-author of Somalia: Nation in Search of a State. 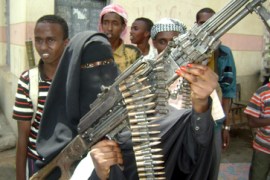 UN and US should restore Somalia

Rebuilding the fractured state should be a White House priority, expert says. 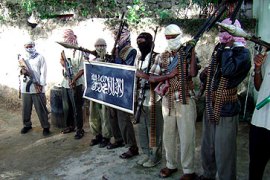 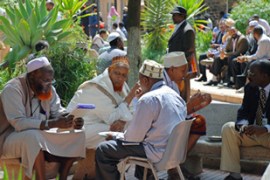