“They are now doing a DNA test trying to match the DNA with that of a family member,” she said.

“There is no official confirmation from the police – we have to be careful as a few weeks ago the police also suspected that they had killed Noordin M Top but it turned out to be another person.”

Asked if Top could be among the dead, Nanan Soekarna, the national police spokesman, said: “We all hope so.”

He said that forensic tests would need to be carried out before the identities of the dead could be confirmed.

“We also confiscated explosives, weapons, and a grenade from the house,” Soekarna told the Reuters news agency.

Several suspects in the July 17 bombings have been detained or killed in raids in recent weeks, but the authorities are still searching for several operatives believed to have planned the operation and recruited the bombers.

A woman was injured in the raid and is being treated at a jospital in Solo, police said.

Indonesian television showed footage of a burnt-out house, with no roof and blown-out walls.

Analysts believe that Top and his associates often use safe houses in Central Java, helped by a network of sympathisers in the area.

Top is believed to be head of a splinter group with connections to Jemaah Islamiyah, a group fighting for an Islamic state in Southeast Asia. 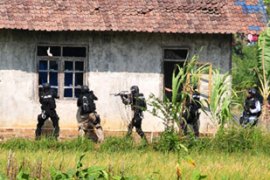 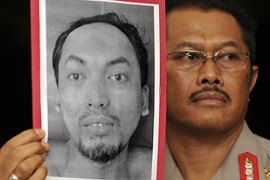 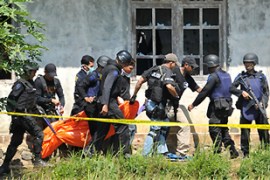 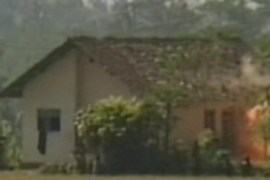