Police in Urumqi, the regional capital, have reported more than 500 syringe attacks since August 17.

However, they said that in most cases no harmful substances were used in the attacks and some victims did not have obvious needle wounds.

Thursday’s verdict came five days after three separate syringe attackers were sentenced to up to 15 years in jail.

The assaults provoked mass demonstrations earlier this month by Han Chinese demanding that the government improve safety in Urumqi.

Xinjiang remains tense despite the presence of a large number of paramilitary troops brought in after the July rioting that left almost 200 people dead and 1,700 injured.

The violence started when police cracked down on a group of Uighurs protesting against the deaths of two compatriots at a factory in southern China. 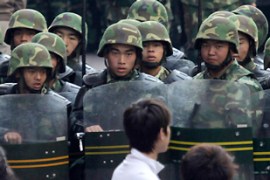 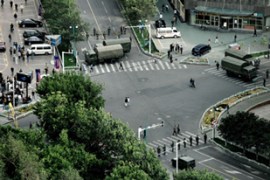 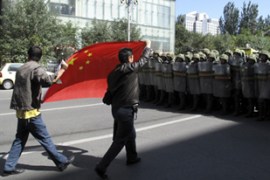