Dr Zeev Rothstein, director of the medical centre, said: “I can say to everyone that we have a president who is dynamic, young at heart and physically healthy.

Peres is not known to suffer from any health problems.

Peres, whose role is ceremonial, was expected to resume much of his daily routine, including a planned meeting later on Sunday with George Mitchell, the envoy of US President Barack Obama, doctors and aides said.

As foreign minister, along with Yitzhak Rabin, the then Israeli prime minister, and Yasser Arafat, the late Palestinian leader, Peres won the Nobel Peace Prize in 1994 for signing the Oslo peace accords.

He was elected in 2007 for a seven-year term in the nonpartisan, largely ceremonial office of president.

In that capacity, he has continued to speak out in the cause of peace with the Palestinians and other Arab neighbours, although his interim deal has yet to produce a final peace settlement.

Peres was elected to the Israeli parliament on the Labour party ticket in 1959 and held a succession of the country’s most senior posts, including the premiership and the defence and foreign affairs portfolios. 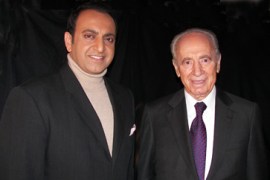 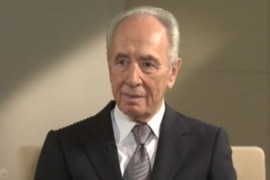 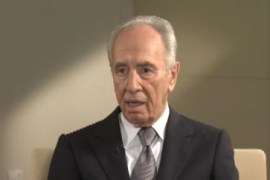