The UK’s Sunday Times, citing Russian and Israeli sources, reported that Israel’s Mossad intelligence service had learned the ship was carrying S-300s to Iran and had worked with Moscow to stop the shipment.

According to the newspaper, Israel believed the ship had been loaded with weapons in Russia’s Baltic Sea port of Kaliningrad by former military officers with links to criminal groups.

The newspaper said Mossad, acting with the Moscow government’s backing, may have set up the hijacking in a bid to stop the shipment without causing Russia embarrassment.

Lavrov said representatives of Malta, the flag government of the Arctic Sea, would be invited to take part in the investigation into the incident.

“Everything will be done transparently. I hope everyone will be convinced that the rumours you are referring to are absolutely groundless,” Lavrov said in response to a reporter’s question.

Natalya Timakova, a Kremlin spokeswoman, also said that any theories about what the Arctic Sea was carrying before the investigation was complete were “speculation.”

The ship is due to arrive within days at Russia’s Black Sea port of Novorossiisk.

A spokesman for a committee of Russian prosecutors examining the ship said they had so far found nothing suspicious.

He said: “The cargo aboard the ship, wood and sawn timber, is being thoroughly inspected by investigators, as well as the ship itself.

“Nothing besides the stated cargo has yet been found by investigators and forensic experts.”

The Arctic Sea, which had a Russian crew, was hijacked near Sweden in late July before being recovered by the Russian navy in the Atlantic Ocean several weeks later.

The hijacking of the ship in one of Europe’s busiest shipping lanes, the huge international effort to recover it and the detention of its crewmen after they returned to Russia have fuelled speculation about a secret cargo.

Officially the ship was carrying a load of timber worth $1.7m from Finland to Algeria, but speculation has raged that it was carrying weapons or even nuclear materials.

Last week, Mikhail Voitenko, a Russian maritime expert who first raised the alarm about the ship’s disappearance, fled the country after receiving a threatening phone call.

Voitenko had speculated that the ship might have been carrying a secret cargo, including possibly weapons.

Russia reportedly agreed to sell Iran S-300s several years ago, but Western countries and Israel fiercely opposed the deal as the missiles would greatly enhance Tehran’s ability to protect against an air strike.

Eight suspects, including Russians, Estonians and Latvians, have been accused of hijacking the Arctic Sea and are awaiting trial in Moscow on piracy and kidnapping charges. 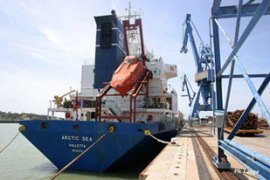 Editor who linked authorities to Arctic Sea disappearance says he was warned off. 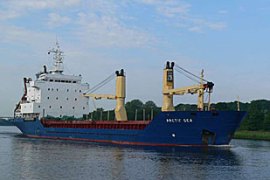 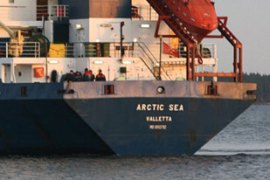 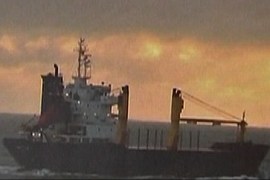 Russia denies reports a missing cargo ship has been found.