“So I think it is clear that we are taking what action we believe is necessary to support the families in the difficult but necessary attempt to represent themselves with the Libyan authorities.”

The campaigners later accused Brown of putting trade with Libya before justice, after the paper published letters in which Brown said it was not “appropriate” to press Tripoli on the issue.

Brown had written to Jason McCue, the IRA victims’ lawyer, in October 2008 suggesting he was against entering bilateral talks with Libya on the issue of compensation.

Brown said that “trade” was not the “core reason” for his decision.

“While the UK-Libya relationship does indeed include trade, bilateral co-operation is now wide-ranging on many levels, particularly in the fight against terrorism,” he wrote in the letters, which were released by the prime minister’s office earlier on Sunday.

“I believe it is in all our interests for this co-operation to continue.”

The letters have put further pressure on Brown amid controversy over the release of Abdel Basset al-Megrahi, the only person convicted in the deadly 1988 bombing of a Pan Am flight over Lockerbie, Scotland.

A Scottish court ruled to release the terminally ill al-Megrahi on compassionate grounds and transfer him back to his home in Libya, a move that outraged Washington and many in the UK.

London has denied allegations that it struck a deal with Libya to free al-Megrahi in return for improved trade ties.

“We welcome at long last that Gordon Brown has taken the steps that he needed to take,” the AFP news agency quoted William Frazer, a relative of IRA victims, as saying.

“We hope he follows through – we will be holding him to what he has said.” 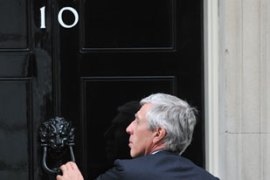 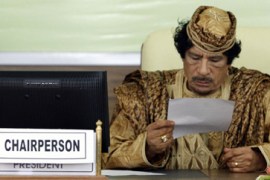 Libya has become a key player despite decades-long image of political pariah. 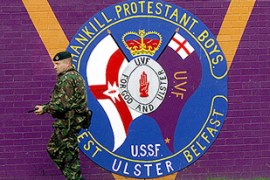 N Ireland loyalists give up arms

UK and Irish officials confirm move by mainly Protestant groups as part of the peace process.