The destroyed house and school had been cordoned off to enable a search for more bodies after the attack by the unmanned US aircraft, local officials said.

The semi-autonomous tribal belt on the Afghan border has been identified by the US as a refuge for Taliban and al-Qaeda fighters who fled Afghanistan after the 2001 US invasion of the nation.

Washington does not confirm drone attacks despite the fact the US military is the only organisation operating drones in the area.

Baitullah Meshud, the Pakistani Taliban chief, was killed in a similar attack in neighbouring South Waziristan on August 5.

Violence in the northwest has risen since the appointment of his successor, former aide Hakimullah Meshud.

At least five Pakistani troops were killed in a landmine explosion in South Waziristan on Sunday.

Gunfire was also exchanged between security personnel and opposition fighters, although no casualties have been reported.

The Pakistani government has publically said that it does not support the US drone attacks, however, some analysts believe that Islamabad gives tacit agreement to the strikes. 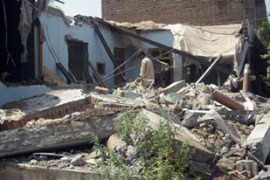 Up to 43 fighters killed by government forces in northwestern Khyber region, officials say. 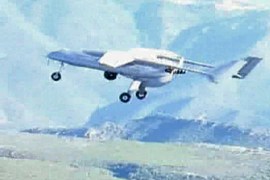 Pakistan looks to the skies to better control its strategy against the Taliban. 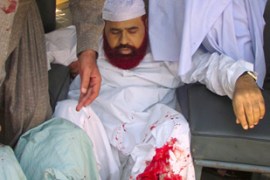