Houthi fighters returned fire from a hideout in a fortress overlooking the old town.

Abdel-Qader, a shop worker, said: “[The army and the rebels] clashed and the police halted all traffic. I was not able to get to work.”

Al Jazeera’s Hashem Ahelbarra in Sanaa, the Yemeni capital, said: “The government has warned the rebels that they have to bear the consequences of any drastic action taken.

“The conflict is reverberating across the region, particularly in Saudi Arabia, which neighbours Yemen.

“The Saudis are concerned that if this continues and becomes a civil war, or simply more chaotic, it could spill over the border where there is a shia Saudi minority.”

“Gulf countries are concerned about Yemen becoming a failed state.”

After waging its Scorched Earth operation three weeks ago, the government said on Friday it would observe a ceasefire in response to requests from aid agencies to allow humanitarian aid into a conflict zone that has created thousands of refugees.

But fighting resumed only four hours after the truce was declared.

No official confirmation of the toll has been provided.

The Houthis accused the government on Sunday of preventing displaced civilians from returning to their homes and of using them in the battle.

Gian Carlo Cirri, the country director for the World Food Programme (WFP), told Al Jazeera: “As long as hostilities are ongoing and the environment is so volatile, it is impossible to work in such conditions.

“Unfortunately, the ceasefire did not hold for long enough and we want to believe that the government and the rebels will give us, the WFP and the humanitarian community, to act on the very acute needs of the people.

“We estimate that in and around Saada there are around 35,000 internally displaced people who are in need of WFP assistance.”

The UN says aid agencies have estimated that more than 100,000 people have been forced to leave their homes.

Al Jazeera’s Hashem Ahelbarra said that, despite the fighting, aid agencies see “a window of hope in the volatile truce”.

“They are just waiting for the army and the rebels to open humanitarian corridors to be able to distribute food to the thousands of displaced people,” he said.

“International aid agencies are also hoping to have access to two provinces,[including] Saada, where the fighting was very intense and which was practically cut off from the rest of the country, to assess the urgent needs of the population.”

Fighting reignited in Yemen’s north last month and has continued primarily in Saada, on the Saudi Arabian border.

Houthi fighters, who are Zaidi Shia Muslims, are seeking independence from a government which they say is corrupt and too close to Saudi Arabia. 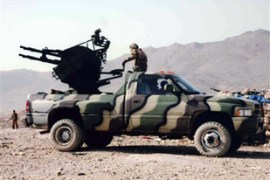 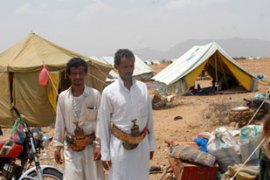 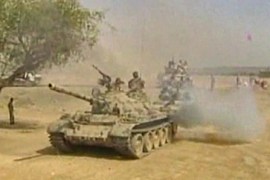