“As the President [Obama] has said before, the United States does not accept the legitimacy of continued settlement expansion and we urge that it stop,” a statement from the White House press office said.

“We are working to create a climate in which negotiations can take place, and such actions make it harder to create such a climate.”

The plans for new settlements are also likely to anger Palestinians, who have said they will not resume peace talks unless Israel suspends construction on lands they want for a future state.

Saeb Erekat, the chief Palestinian negotiator, criticised the Israeli move, saying “the only thing suspended by this announcement will be the peace process”.

The row over settlements also puts Israel at odds with the US administration which, under Barack Obama, the US president, has been pushing for a settlement freeze.

Erekat said Israel had already responded “with total defiance” to US calls for a settlement freeze.

“The real Israeli official answer is being conducted on the ground by continuing the building of housing units and settlements.”

But Danny Danon, a Likud legislator, said that Netanyahu can expect a fight over any decision to halt or slow settlement building.

Jacky Rowland, Al Jazeera’s correspondent in Jerusalem, said that Netanyahu was “being pulled in two directions” over the settlements issue.

“On the one hand, you have the Americans, Palestinians and the international community for that matter who are calling for a permanent freeze,” she said.

“On the other hand, you have Netanyahu’s own government really digging their heels in, some of whom are even threatening open rebellion if he stops construction.”

Israel’s Jerusalem Post newspaper quoted an unnamed aide as saying that as well as sanctioning new settlement construction ahead of a freeze, Netanyahu also intended to sanction the continuation of work on 2,500 housing units already under way.

In exchange for a suspension, Netanyahu would require the Arab world to take steps toward normalising relations with Israel, the aide said.

Palestinians want the West Bank as part of a future state, along with East Jerusalem and the Hamas-ruled Gaza Strip.

The number of Israeli settlers has steadily increased for decades and today about 300,000 Israelis live among about 2.5 million Palestinians in the West Bank. 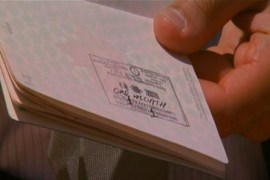 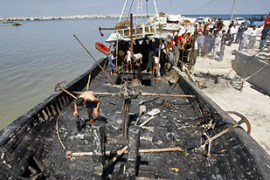