But both the UK and the US have rejected calls to impose a worldwide uniform cap on bonuses, a move pushed by France.

Britain has said it wants to peg bonuses to long-term performance to discourage unnecessary risk-taking, while the US is pushing for tough new international standards for bank capital and liquidity.

Timothy Geithner, the US treasury secretary, has played down the talks to be held on Friday and Saturday as a “stock-taking meeting, not a new-initiatives meeting” on the road to the leaders’ summit in Pittsburgh in the US later this month.

But Christine Lagarde, the French finance minister, said that she and other members of the group would be pressing the US to join the European-led move on bonuses.

“It has to be an international agreement, and we need to use our strength, our conviction with our colleagues to really set up this platform,” she said on Thursday.

Gabriel Stein, an economist specialising in the eurozone and a director at Lombard Street Research in London, told Al Jazeera that concentrating on bank bonuses is not the only solution.

“You can and you should say that bonuses should be related to performance, but you can’t get away from the fact that pay levels vary from country to country.

“Ultimately, and if you look solely at the bonus side of banks turnover and profits, it is probably quite limited so the effect would not be very substantial,” he said.

The finance ministers and central bank officials from rich and developing countries are meeting amid mounting signs of an economic recovery.

Japan, Germany, France and Australia all recorded growth in the second quarter while Britain is widely expected to do so in the third quarter.

They are expected to agree on an ongoing commitment to boosting the economy, but there is friction over when exactly to scale back stimulus efforts.

There are fears that curbing government spending too soon could result in a “double dip” recession.

Dominique Strauss-Kahn, managing director of the International Monetary Fund (IMF), said that stimulus measures should been withdrawn only when economic recovery has taken hold, and unemployment is set to decline.

“I am concerned about the social and economic costs of high unemployment, which will persist even as financial markets and output stabilises,” he said on Friday.

The meeting in London follows April’s G20 summit in the same city, where leaders promised to pass “tough new principles on pay and compensation”. 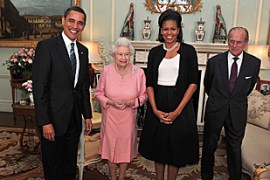 France and Germany caution against “false compromises” over financial rules. 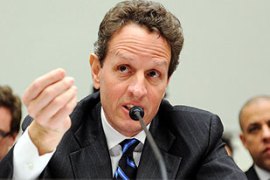 Ministers gather in US capital for discussions on global financial crisis.