Six weeks after the letter was written, an oil deal between Libya and BP, a British oil firm, was formalised.

Following The Sunday Times’ article Straw said that the prisoner transfer agreement was part of an attempt to end Libya’s international isolation following Tripoli’s abandonment of its nuclear weapons programme.

“What is totally untrue is that any part of these negotiations with the Libyans was that at some stage Mr Megrahi would be released,” Straw said.

He said that the Scottish government maintained veto power over any prisoner transfer and had rejected such a move for al-Megrahi, rather choosing a compassionate release.

“The implication that, somehow or other, we have done some backdoor deal in order to release Mr Megrahi is simply nonsense,” Straw said.

Al-Megrahi was convicted of bombing a Pan Am flight over the Scottish town of Lockerbie in 1988, killing 270 people.

He was freed on compassionate grounds on August 20 as he is suffering from terminal cancer.

Al-Megrahi was admitted to a Tripoli hospital on Sunday after his condition deteriorated sharply.

Nicola Sturgeon, Scotland’s deputy first minister, told Al Jazeera that there was “no question whatsoever, that the only factor at play in the Scottish government’s decision were justice factors”.

“It is a documented fact that the UK government agreed a prisoner transfer agreement with the Libyan authorities.

“The Scottish government opposed that and Kenny MacAskill rejected that as a route to free al-Megrahi, because we thought that agreement was sullied with discussions on trade deals and oil contracts.

“So the Scottish government’s decision was completely separate from that and was one taken purely on the grounds of justice and compassionate release.”

Sturgeon said that talks on trade “may or may not have been going on” between the UK and Libya, “but what we can say categorically is that these were not factors taken into account in the decision to release al-Megrahi.”

But James Boys, an analyst at the American International University in London, told Al Jazeera that at the very least, the allegations raise “the possibility that there was a link here between the release of this individual and British trade considerations – which the British government had been very adamant that there had not been”.

Meanwhile, Silvio Berlusconi, the Italian prime minister, arrived in Libya on Sunday despite criticism over the warm welcome al-Megrahi received from Tripoli on his return to the country.

Berlusconi is the first national leader to visit the country since al-Megrahi’s return.

Italian officials said the visit was made to celebrate a Libyan-Italian deal to build a $5bn highway along Libya’s entire Mediterranean coast and it was planned well in advance of al-Megrahi’s release. 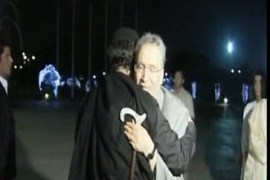 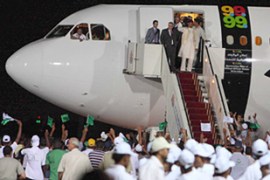 Al-Megrahi ‘to prove his innocence’

The convicted Lockerbie bomber says he will provide new evidence before he dies. 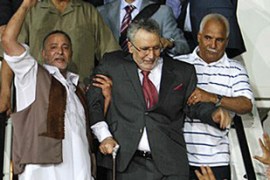 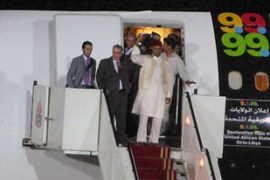