Voters in the oil-rich country went to the polls after Omar Bongo, who had been in power for 41 years, died in June.

A total of 23 politicians were originally in the race but several pulled out at the 11th hour, with some, like Cassimir Oye Mba, saying he was worried the election result would trigger violence.

Ali Bongo was seen as the favourite to win and his party proclaimed him as victor before the vote count was completed.

“Information received from different constituencies in Gabon and abroad put me largely as a winner,” Bongo told journalists on Monday.

“I’m waiting for the competent authorities to announce the results officially.”

Official results are not expected until Wednesday.

Mamboundou also claimed victory, talking about his government’s economic plan while Mba Obame said the voters had shown “a strong desire to make a break” from the past, adding that it would “take a miracle to stop us”.

He said the build-up of troops around the capital was unwarranted.

“What could justify security forces when everyone, including France, recognises that the election took place under good conditions? Nothing. This is provocation,” he added.

But Gloria Mika, the president of the Guardian Angeles of Gabon, told Al Jazeera there had been “fraud” and that 10 to 20 people could testify that they had been bribed to vote for certain candidates.

“A lot of people were disappointed about the organisation of this election,” said Mika.

Gabon is sub-Saharan Africa’s fourth-biggest oil producer, the world’s third-biggest provider of manganese – crucial to the production of steel and aluminium – and Africa’s second-biggest wood exporter, but an estimated 60 per cent of the population lives below the poverty line. 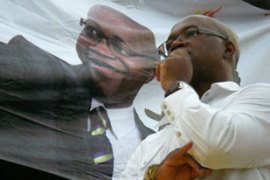 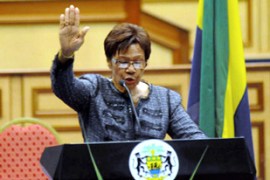 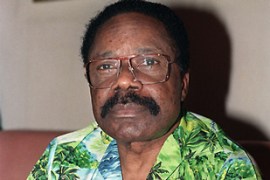