Al-Turki said that the suspects had been planning attacks that would have later been carried out by other recruits of the organisation.

“These people do have a plan, but they don’t themselves directly execute the plans,” he said.

About 60 machineguns, scores of switches for remotely detonated explosive devices and ammunition were discovered as police searched a residence in Riyadh, the capital, and desert hideouts near Riyadh and in the Qassim region, the interior ministry said.

The official Saudi Press Agency said that the group was arrested as part of an investigation that began more than a year ago and ended on August 2.

Last month, Saudi officials announced that a criminal court had convicted and sentenced 330 al-Qaeda members to jail terms, fines and travel bans in the country’s first known trials for suspected members of the group.

The 330 are believed to be among 991 suspected Islamist fighters that Prince Nayef bin Abdul-Aziz, the interior minister, says have been charged with participating in attacks over the past five years.

More than 150 Saudis and foreigners were killed in a series of bloody attacks by suspected al-Qaeda fighters between 2003 and 2006.

In July, Amnesty International, the human-rights watchdog, said that more than 3,000 people were being held in “virtual secrecy” in Saudi Arabia and accused the kingdon of carrying out “secret and summary trials”.

Saudi Arabia is the birthplace of Osama bin Laden, the al-Qaeda leader. 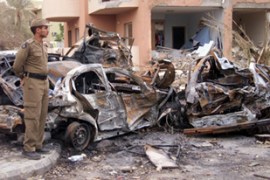 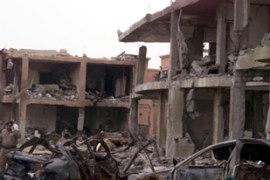 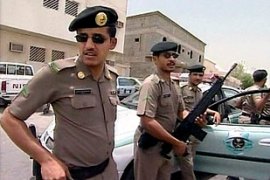 More than 300 people are sentenced for conspiring with al-Qaeda.