Shulman said the 4,450 accounts were the ones most suspected of containing undeclared assets.

The Swiss federal government also announced on Wednesday that it is selling its nine-percent stake in UBS.

“The Federal Council [government] has decided to immediately and completely end its commitment” to UBS, a Swiss finance ministry statement said.

A consortium has been ordered to put the government’s 332.2 million UBS shares on the market, the statement said.

Speaking to Al Jazeera, Dr Andreas Missbach, from Berne Declaration, a group which monitors the role of Swiss corporations, banks and government agencies, said: “UBS have to be pleased [with the deal] because they were threatened with revocation of their licence in the US … which would probably have been the end of the bank.

“What is very special about this US case is that in the US they had a former UBS banker who was actually telling the IRS the whole story of how UBS helped US clients to avoid taxes so that was a very powerful body of evidence.

“One thing that has changed is that tax evaders from certain industrial countries are not protected anymore, but what we are more concerned about is that nothing has changed in respect of developing countries.

“The latest figures we have [show that] in 50 per cent of offshore banking done in Switzerland the money is coming from developing countries … which can’t afford to lose it.”

In a statement, UBS said “the agreement does not call for any payment by UBS” and “it resolves all issues relating to the alleged breaches” set out in the case by the US tax authorities.

The two sides told a federal judge last week that they had reached a tentative agreement, but the details were not released until Wednesday.

UBS agreed in February to pay $780m to settle criminal charges in another tax dispute with the US government.

As part of that deal, it said it would hand over information related to about 250 US clients who held accounts in the bank.

The company also said that it would stop US clients from holding any of its offshore accounts services. 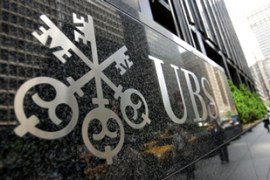 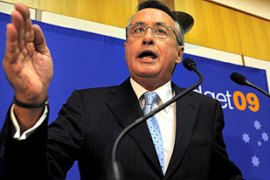 Surprise growth in GDP but government warns economy “not out of the woods yet”. 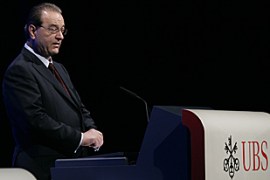 US pursues UBS for tax evaders

US government files lawsuit against Swiss bank to disclose identity of US customers.